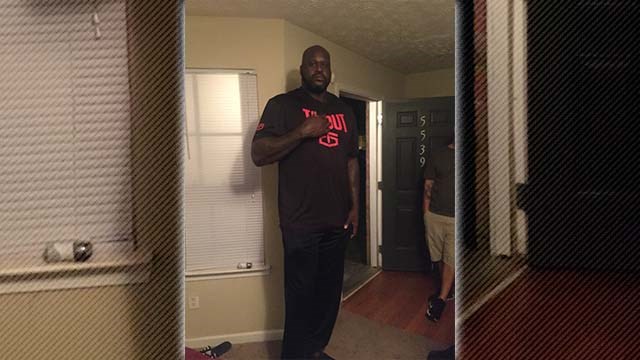 Malachi Hemphill, a 13-year-old boy in Georgia, accidentally shot himself while posting live on Instagram earlier this week. It was a tragedy that struck a cord with many Americans. How could this happen? What led Malachi to treat the gun like a toy? Why didn’t those watching the video step in? So many questions, so few answers.

After catching wind of the boy’s death, Pro Basketball Hall of Famer and current Turner NBA analyst Shaquille O’Neal decided to reach out to the teen’s family and offer to pay his funeral expenses.

“We just broke down and started crying because Malachi didn’t have any insurance,”  Malachi’s godmother Shantirea Bankston said, via a local NBC affiliate in Atlanta. “We weren’t prepared to bury him this young. We didn’t have insurance for him. So to have that from Shaquille O’Neal, it was a blessing and very touching, and we appreciate everything he does for the community.”

As family and friends were watching the 13-year-old boy playing with the gun, it accidentally went off. His mother heard the gunshots and found her son on the ground with the gun nearby.

Shaq visited with the family following this horrific tragedy and announced that he would take care of the funeral. He had this to say in a statement.

“No mother should have to go through this. I can only imagine the pain that she and all of Malachi’s family must be feeling. I just wanted to do what I could to help them at such a terrible time.”

Our thoughts and prayers are with the Hemphill family. But at least they can take comfort in the fact that at least one man cared enough to help them through these most difficult of times.