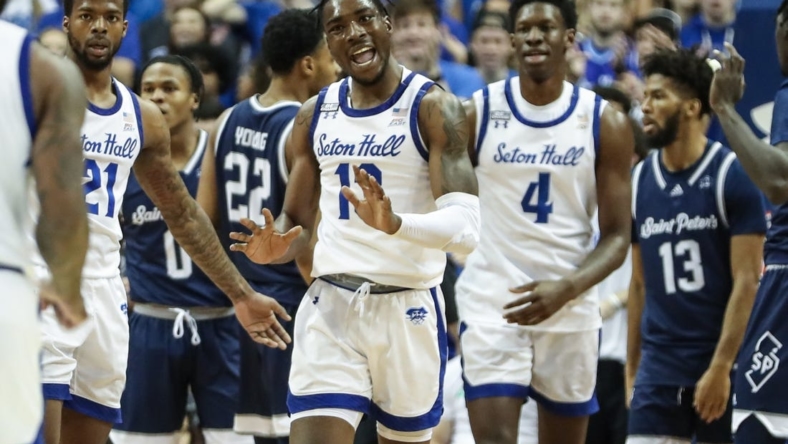 Dre Davis also scored 13 points and Tyrese Samuel had 12 for the Pirates, who shot 52.3 percent from the floor and benefitted from 29 made free throws.

Jaylen Murray led Saint Peter’s (1-1) with 13 points and three assists. No other Peacocks player finished with more than six points.

Seton Hall broke open a 13-12 game with an extended 19-3 run midway through the first half. The Peacocks went nearly seven minutes between baskets as the Pirates forced them into five turnovers in that span.

Kadary Richmond’s fast-break layup through the lane gave Seton Hall its largest lead of the half at 32-15 with 4:34 left.

Richmond and Dawes had nine apiece in the first half. They were both 3-for-3 while Dawes added four rebounds.

The Pirates stayed on the gas and scored the first 14 points of the second half. Femi Odukale knocked down a 3-pointer and Jamir Harris hooked up with Tyrese Samuel for a fast-break alley-oop.

Samuel later drove in to score over Mouhamed Sow, and Sow was handed a technical for flopping on the play.

Saint Peter’s finally scored its first points of the half 6:45 in.

The game was in hand from there. When Jaquan Sanders gathered an offensive rebound off a missed free throw and fed Dre Davis for an open 3, it stretched Seton Hall’s lead to 63-31. The Pirates led by as many as 42 when Tray Jackson drew a foul on a dunk for the three-point play with 4:39 to go.