Serena and Venus Williams to play doubles at U.S. Open 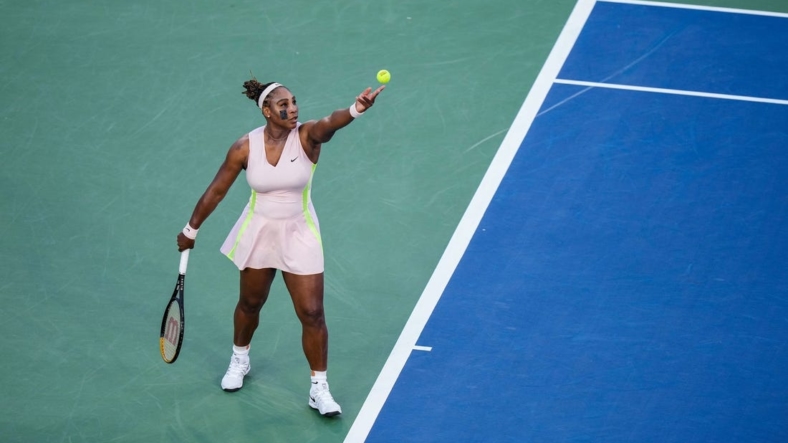 Sisters Serena and Venus Williams — 14-time Grand Slam winners in doubles — accepted an entry to play together at the U.S. Open, which begins Monday.

The tournament announced their doubles participation Saturday. They last partnered at a Grand Slam at the French Open in 2018 and have teamed to win two U.S. Open titles (1999, 2009).

Serena Williams, a month shy of her 41st birthday, is expected to retire after the U.S. Open, announcing earlier this month her “evolution” and her desire to have a second child and pursue other interests.

Serena and Venus on the same court.

Serena Williams opens her pursuit of a 24th Grand Slam singles title against Danka Kovinic of Montenegro on Monday night in the featured match at Flushing Meadows. Venus, who counts two U.S. Open (2000, 2001) wins among her seven major singles titles, will open singles play on Tuesday against Alison Van Uytvanck of Belgium.

Should Serena win the singles title, she would tie Margaret Court of Australia for most all-time. She has won six times in New York, most recently in 2014.