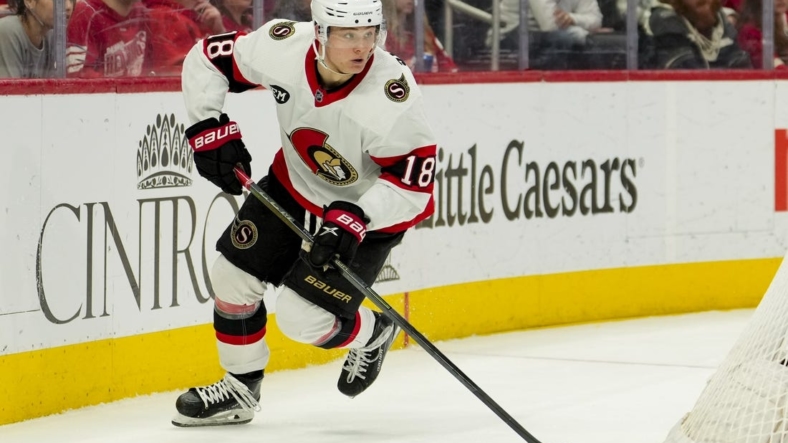 The Ottawa Senators signed forward Tim Stutzle to an eight-year extension worth $66.8 million Wednesday, part of a busy — and expensive — offseason for the club.

The deal has an average annual value of $8.35 million annually.

“Reaching a long-term agreement with Tim represents another significant step forward for this organization,” Senators general manager Pierre Dorion said in a news release. “Tim is a dynamic offensive player who utilizes an exceptional blend of speed and skill to be a consistent difference maker. He’s electrifying and has quickly become a fan favorite for good reason.”

Stutzle, 20, recorded career highs in all major statistical categories in 2021-22, his second season with the club. He ranked second among Senators with 58 points (22 goals, 36 assists) while registering 37 penalty minutes over 79 regular-season games.