Seattle Seahawks Pete Carroll on Week 1 chess match vs Russell Wilson: ‘I have as much information as you can have’

In a fantastic piece of NFL schedule theater, the Seattle Seahawks will welcome back team legend Russell Wilson in Week 1 of the season and head coach Pete Carroll couldn’t be any more excited about the prospect.

One of the biggest stories of the 2022 NFL offseason was the Seahawks making the bold decision to dive head first into a rebuild and trade franchise quarterback Russell Wilson. Wilson and coach Carroll were a match made in NFL heaven. The duo helped guide the team to eight playoff appearances in ten seasons, two trips to the Super Bowl, and one NFL championship. They were arguably the most prolific QB and head coach duo in the NFL over the last decade outside of New England Patriots’ iconic duo Tom Brady and Bill Belichick.

However, with the team clearly in a decline, Wilson was shipped off to the Denver Broncos in March. Since the two teams are in different conferences, the assumption of Wilson coming back to Seattle any time soon seemed highly unlikely. Yet the nine-time Pro Bowler will begin his career with his new team by playing his old team to kick off the 2022 NFL season. And the idea of matching wits with his former QB is something Carroll is very much looking forward to.

In a Monday interview with the Seattle Times, Carroll explained how he thought having the Broncos and Seahawks battle it out in Week 1 “was awesome.” And he is enthusiastic about the unique challenges and atmosphere that it will bring for him and his team. 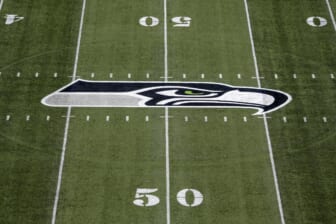 Seahawks vs Broncs will bring Week 1 to a close on Monday Night Football and simulcast on ESPN and ABC at 8:15 PM ET on Sept. 12.