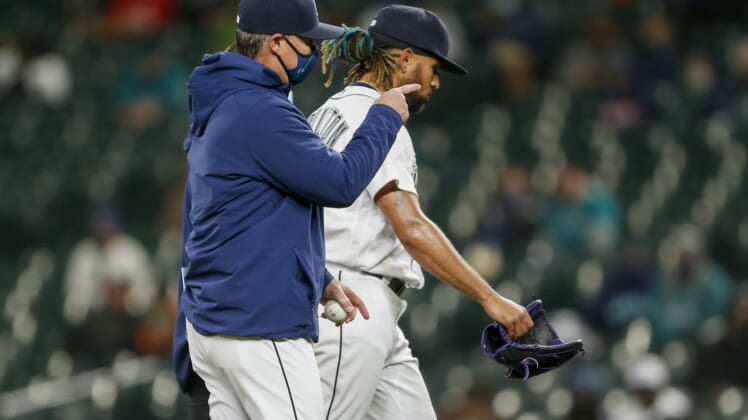 The Seattle Mariners placed right-handed reliever Keynan Middleton on the 10-day injured list Wednesday due to a biceps strain.

Middleton, 27, departed in the ninth inning of Tuesday’s 5-2 victory over the Baltimore Orioles after facing one batter because of the injury to his pitching arm.

Seattle recalled right-hander Wyatt Mills to fill the roster opening. He made two appearances for the Mariners earlier this month and had a 6.75 ERA (two earned runs in 2 2/3 innings).

The 26-year-old Mills was a third-round pick in 2017 out of Gonzaga by the Mariners.