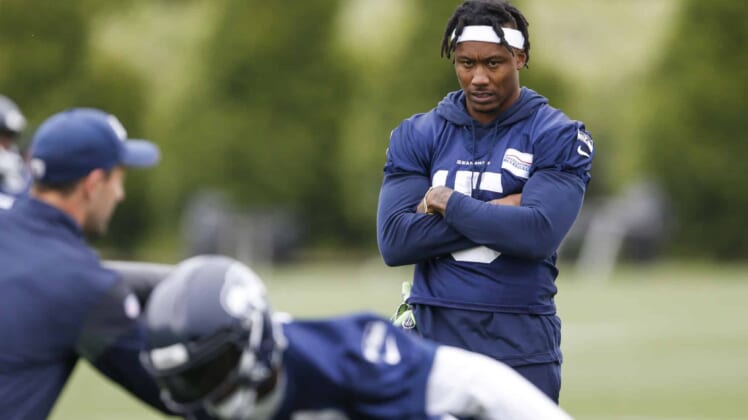 The Seattle Seahawks made some news on trade deadline day. But it’s not what we expected. According to multiple media reports, Seattle released six-time Pro Bowl wide receiver Brandon Marshall on Tuesday.

Marshall, 34, was signed this past offseason as a veteran reinforcement for quarterback Russell Wilson. But it became clear that he wasn’t anywhere near the player we saw star for both the Denver Broncos and Chicago Bears earlier in his career.

The 13-year veteran recorded just 11 receptions for 136 yards and a touchdown prior to being released. He had fallen behind the likes of Tyler Lockett and David Moore on the depth chart in recent weeks.

This more than likely ends ends Marshall’s career in the NFL. If so, he finishes said career having put up 970 receptions for 12,351 yards and 83 touchdowns.