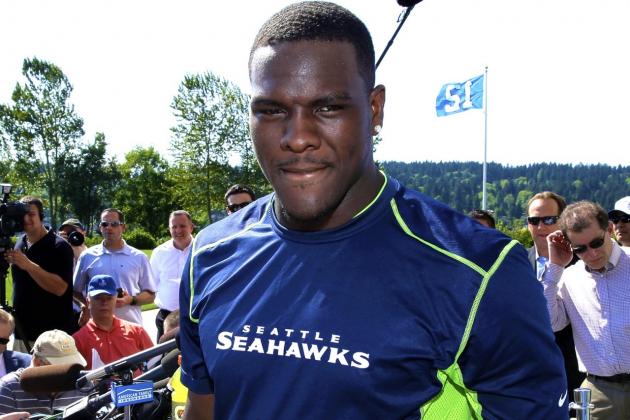 The Seattle Seahawks met with defensive end Frank Clark to express “extreme disappointment” in his tweet telling a female writer who wrote about Greg Hardy and domestic violence in football that he has a job for her cleaning his fish tank, according to Bob Condotta of The Seattle Times. Clark was previously arrested on charges of domestic violence, which the Seahawks knew when they drafted him.

Clark tweeted out an apology to the reporter, Natalie Wiener, Wednesday afternoon. However, he also liked four different tweets suggesting that Wiener is out to get him and only wants attention.

writing about domestic violence is fun and risk free pic.twitter.com/XGqCQ6RvNQ

The Seahawks will likely not discipline Clark in any way, shape or form unless he stops playing well or a video comes out of him hitting a woman because the NFL does not care about domestic violence unless it’s hurting their bottom line. Clark had 10 sacks last season, so a “heartfelt apology” is as close as we’ll ever get to punishment here.