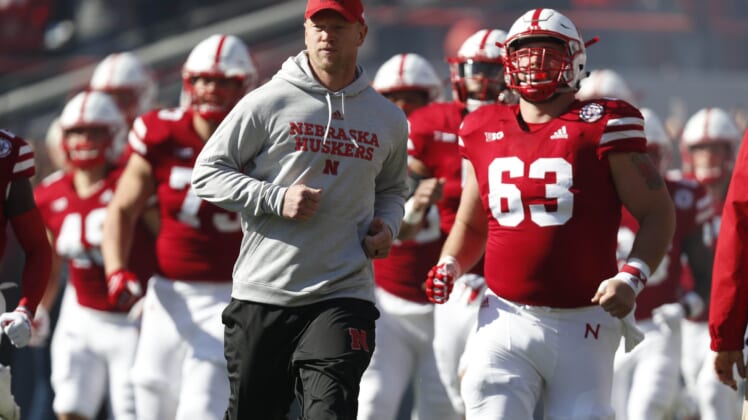 The Nebraska football program slogged through the first season of the Scott Frost era, winning just four games and spending most of the season among the nation’s worst teams. Speaking with Jim Rome on The Jim Rome Show Monday, Frost expressed optimism about the immediate future.

In fact, Frost believes the pieces are in place for the ‘Huskers to make a second-year leap similar to the one UCF made with him at the helm in 2017.

Scott Frost sees the same progress in Nebraska as he did at UCF from The Jim Rome Show on Vimeo.

Of course, that year’s UCF team went undefeated and announced itself as the unofficial national champion. So, it’s kind of a big deal that Frost believes his Nebraska program can make that type of leap in 2019.

The big factor that will determine whether the Cornhuskers can do it is sophomore quarterback Adrian Martinez. He had some big ups and downs last year, passing for 2,617 yards, 17 touchdowns and eight interceptions while rushing for 629 yards and eight scores.

Another thing Frost needs to see this season is an improved effort on defense. Last year, Nebraska gave up 31.2 points per game, which had a lot to do with the eight losses.

Nebraska paid big money to bring Frost on board a year ago after watching the program tank under Mike Riley. Now it wants to see a return on its investment.

If the football team can put it all together and makes the kind of progress Frost hopes to see, it would be one of the most impressive turnarounds in college football.