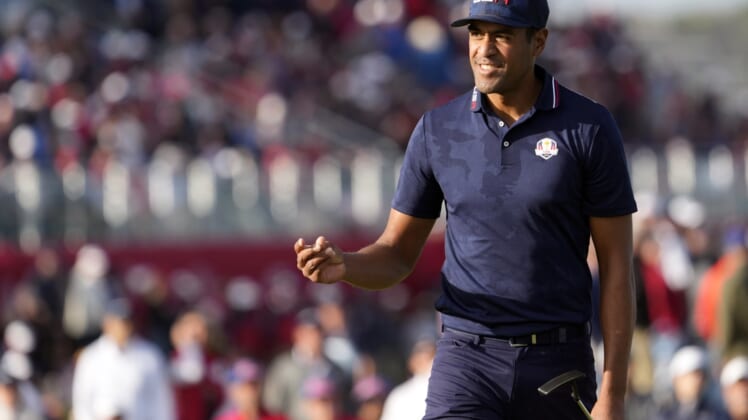 The Saudi International in February keeps pulling away A-list performers from the AT&T Pebble Beach Pro-Am, with Patrick Reed and Tony Finau announced Monday as participants in the international event.

The addition of Reed and Finau to the event at Royal Greens Golf and Country Club in King Abdullah Economic City, actually comes as no surprise. Reed has participated in the event in the previous three years of its existence, while Finau was co-runner-up to Dustin Johnson last year.

The Saudi International will be a part of the Asian Tour schedule this time around after being an event on the European Tour in each of the last three years.