Saquon Barkley expects to return to New York Giants in 2023

After surpassing all previous expectations where they made the postseason under the first year of Brian Daboll’s head coaching tenure, the New York Giants enter an offseason with plenty of uncertainty. Star running back Saquon Barkley managed to prove his durability while further establishing his value as one of the best at his position in the NFL.

Yet, Barkley’s rookie contract is set to expire, and the 25-year-old is expected to become an unrestricted free agent unless the Giants can reach a new contract agreement before the signing period begins on Mar. 15.

The Giants also have the ability to place the franchise tag on their two-time Pro Bowl running back, but with a need to also re-sign upcoming free agent Daniel Jones, general manager Joe Schoen will have a few tough decisions to make.

But contract negotiations require effort on both sides to get a deal done. The Giants likely don’t want to let their former No. 2 overall pick walk as a free agent (even if he wasn’t this regime’s draft choice). It also likely helps Barkley’s case that the G-Men don’t have a viable backup who is ready for a starting role.

So, the Giants seem like a strong bet to try and retain Barkley. What about the Bronx, New York native himself?

According to Mike Garafolo of NFL Network, who had a chance to speak with Barkley following the team’s loss to Philadelphia on Saturday, the halfback wants to return to Big Blue in 2023. Here’s his specific quote.

By all appearances, both Barkley and the Giants want to reach common ground on a contract extension this offseason. With the Giants expected to have over $50 million to spend before reaching the salary cap, there should be enough in the budget to make everyone happy and push for another postseason spot next year. 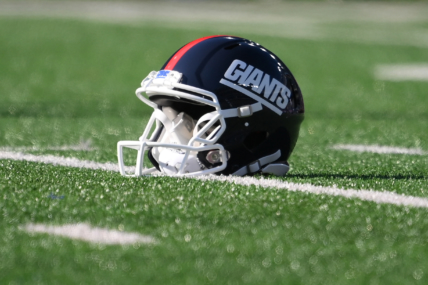 While Barkley seems to want to return to the Big Apple, and the Giants appear to have enough room under the salary cap to reach a new contract, it’s not a foregone conclusion.

Should the Giants allow Barkley to reach the open market, he’s sure to have plenty of suitors. The Giants may be hesitant to pay Barkley among the highest-earners at his position, but they also don’t want to find themselves in a bidding war among several other NFL teams, likely driving up the former Penn State star’s price even further.

Yet, one factor that could help work in New York’s favor is both the quantity and the quality of the upcoming NFL free agent class of running backs. Barkley is among the best expected to be available, but the NFL’s leading rusher, Josh Jacobs, will also be a free agent.

Other running backs set for free agency include the NFL’s touchdown leader Jamaal Williams, Miles Sanders, Kareem Hunt, D’Onta Foreman, Rashaad Penny, Raheem Mostert, and more. Basically, if the Giants can’t see eye-to-eye on Barkley’s value, it’s not the end of the world, as a starting-caliber back can still be found, even in free agency, let alone the 2023 NFL Draft.

Still, that doesn’t mean the Giants will be looking to part with one of their best players, and one of the best at his position, in Barkley.