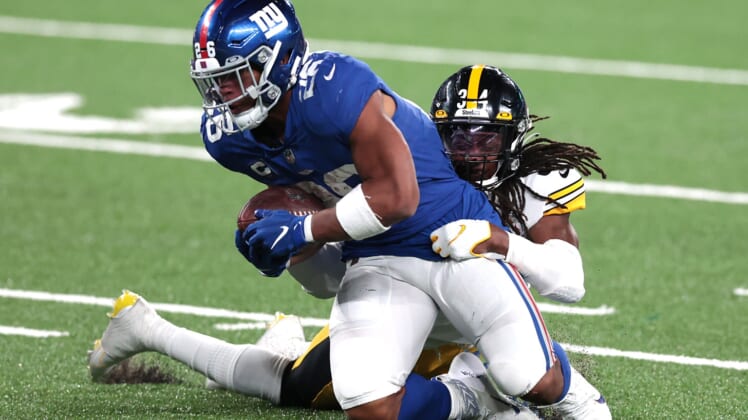 New York Giants star running back Saquon Barkley exited Sunday’s game with a knee injury, joining a growing list of players who have gone down in Week 2.

Barkley, who has held to six rushing yards in Week 1, suffered an elbow injury just moments before. However, he was able to return to the game, but things took a turn for the worse on his next carry.

On his first touch of the second quarter, the 23-year-old bounced a run to the right side and fought for extra yards near the sideline. While being taken to the ground, his right leg got caught underneath his weight and he didn’t get up.

Barkley couldn’t put any weight on his right leg, requiring assistance from trainers to be taken to the sideline. While the Giants’ offense continued its drive, New York’s medical staff evaluated its star running back and the cart was quickly brought out.

The Giants announced minutes later that Barkley will miss the remainder of the game and is currently set to undergo X-rays. New York is expected to provide further details on Monday, but we might get word of the potential severity of this injury later tonight.