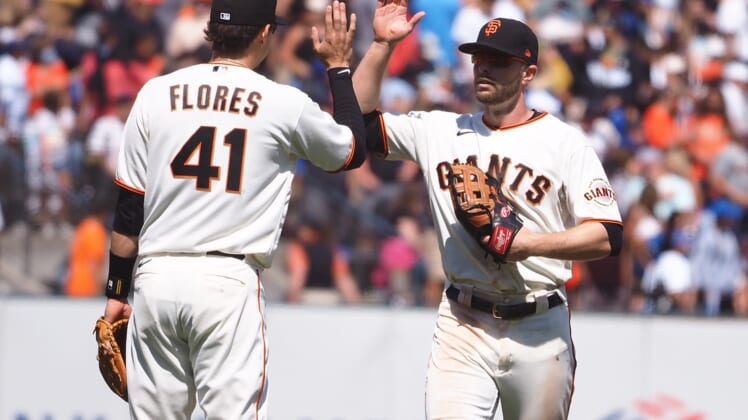 The San Francisco Giants received a pair of reinforcements for their division-title push, activating infielder Wilmer Flores and outfielder Austin Slater from the injured list in advance of Sunday’s series finale against the host Chicago Cubs.

Winners of six consecutive games and eight of their last nine, the Giants had a 2 1/2-game lead in the National League West over the eight-time defending division champion Los Angeles Dodgers at the start of play Sunday.

Flores was in Sunday’s starting lineup at first base while batting sixth, while Slater was in the leadoff spot and playing in center field.

To make room on the active roster, right-hander John Brebbia and left-hander Caleb Baragar were optioned to Triple-A Sacramento.

Slater, 28, is returning from the concussion-related IL after crashing into the outfield wall on Sept. 4. He is batting .227 with 10 home runs and 28 RBIs in 118 games this season.