San Francisco 49ers general manager kept his plans to draft Trey Lance pretty quiet before the 2021 NFL Draft. With the regular season closing in, Lynch isn’t being as coy about the franchise’s next star.

Lance, the No. 3 overall pick, is generating a lot of buzz in his first training camp. Set to make his NFL debut after a few weeks of practice, the buzz in San Francisco is real and head coach Kyle Shanahan has big plans for his rookie quarterback.

But the 49ers kept Jimmy Garoppolo for a reason. He remains the favorite to start when the regular season kicks off and there is renewed confidence in his ability to lead this team. But as the veteran elevates his play to remain the starter, it’s evident that Lance is putting up a real fight for the job.

“That’s up to Kyle (Shanahan). That’s up to our head coach. He makes the decisions on who’s playing and whatnot. But I think it’s Jimmy’s right now and Trey’s pushing. I think that’s where it’s at.” 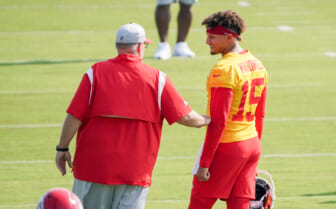 San Francisco is taking the right approach to the situation. For all the talent Lance offers, he only played one game last season and the jump from the FCS to the NFL is like no other. There are still areas for him to improve, like knowing when to run with the football and which reads to make in Shanahan’s passing attack.

But the 49ers traded two future first-round picks in order to move up in the draft for a reason. If the quarterback position is taken out of consideration, San Francisco boasts a roster capable of reaching the Super Bowl. Thus, upgrading at the position means a lot for this franchise.

Garoppolo showed he could at least help this team hit that peak two years ago, but Lance raises the 49ers’ potential significantly. 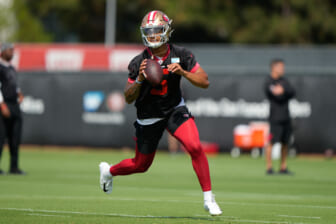 Ultimately, Garoppolo will likely hold down the starting job to begin the regular season. After a month of Lance making explosive plays as a situational player, Shanahan will likely decide to make the permanent switch.