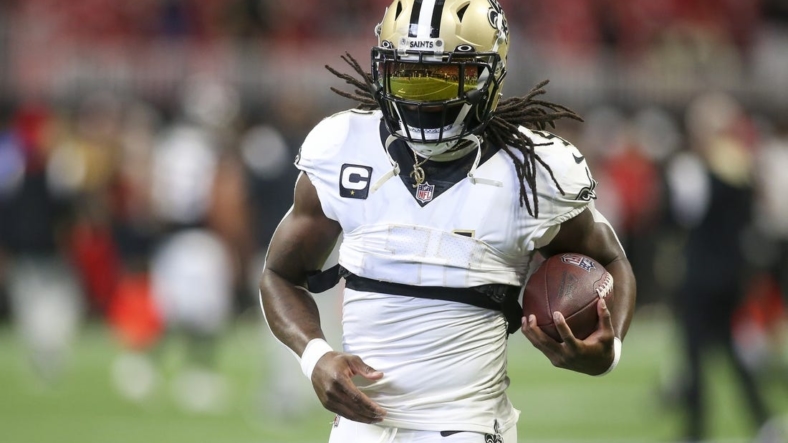 New Orleans Saints running back Alvin Kamara did not practice on Thursday, raising questions about his availability for this weekend’s game against the visiting Tampa Bay Buccaneers.

Kamara, who is dealing with ailing ribs, is trending in the wrong direction after being listed as a limited participant in Wednesday’s practice.

Kamara recorded nine carries for 39 yards in New Orleans’ 27-26 victory over the Atlanta Falcons on Sunday.

Fellow running backs Mark Ingram, Dwayne Washington and Tony Jones Jr. likely would see an uptick in their respective workloads should Kamara sit out against the Buccaneers (1-0).

Cornerback Paulson Adebo (ankle) sat out practice on Thursday. He did not play in New Orleans’ season-opening game.