The latest New Orleans Saints news doesn't bode well for their offensive chemistry, as star receiver Michael Thomas will miss the rest of the regular season. 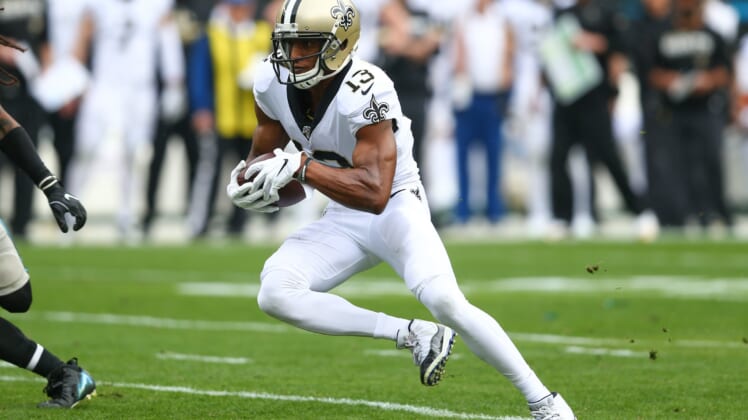 Thomas is aiming to return for the playoffs in the hopes of helping the Saints make a run for the Super Bowl in what will probably be quarterback Drew Brees’ final season.

ESPN insider Adam Schefter reported the latest Saints news on Thomas’ injury on Saturday, saying that the All-Pro wideout should be “close to” 100% healthy going into the postseason.

No receiver in the NFL was more reliable or prolific as Thomas during the first four years of his career. He missed only one game, and set the all-time record for most receptions to begin a career with 470. Oh, and Thomas set the single-season mark for catches with 149 grabs in 2019.

Unfortunately, things have gone sideways for the 27-year-old sensation. He’s going to wind up missing nine games during the 2020 campaign. Even when Thomas was in, he wasn’t quite right health-wise, and it showed in his numbers: 40 receptions, 438 yards and zero touchdowns. Thomas had found the end zone nine times in each of the previous two seasons.

Saints news: Will Michael Thomas, offense be synced up for Super Bowl push?

Multiple rib fractures and a punctured lung kept the 41-year-old Brees sidelined for a good portion of the year. Now, he’s slated to return for Sunday’s Week 15 showdown against the defending champion Kansas City Chiefs. How will Brees look after such a long layoff? Is there a risk of reinjury?

Apparently New Orleans feels good enough about Brees’ medical situation to send him out there. The problem is, he won’t have his favorite target in Thomas. No one is better at creating separation on short route concepts than him, which is a big staple of Brees’ success during the twilight of his career.

It’s a lot to ask of Brees to immediately return and play at a high level. Then, there’s the whole factor of not getting any reps with Thomas for multiple months. If the Saints can’t best the Green Bay Packers for the NFC’s No. 1 seed, they won’t have the benefit of a bye week to get their dynamic passing game combo as synced up as they otherwise could be.

Running back Alvin Kamara is among the most lethal pass-catchers at his position in the league. However, when Taysom Hill was filling in for Brees, he barely targeted him.

Can Kamara rediscover his stride with Brees coming back? Wow, look at how many questions there are about an offense that’s typically electrifying.

There are plenty of reasons to be optimistic, though. When Thomas is healthy, he’s been historically productive. Kamara and Brees can get the job done even with Thomas out of the lineup or ineffective. Emmanuel Sanders gives New Orleans a legitimate No. 2 receiver to complement Thomas once he gets back on the field for the postseason.

It may look messy now, yet the Saints have continuity where it counts most: with Brees and head coach/play-caller Sean Payton. That alone bodes well for Thomas’ playoff outlook.