Ryan Pepiot called up, will start for Dodgers Tuesday 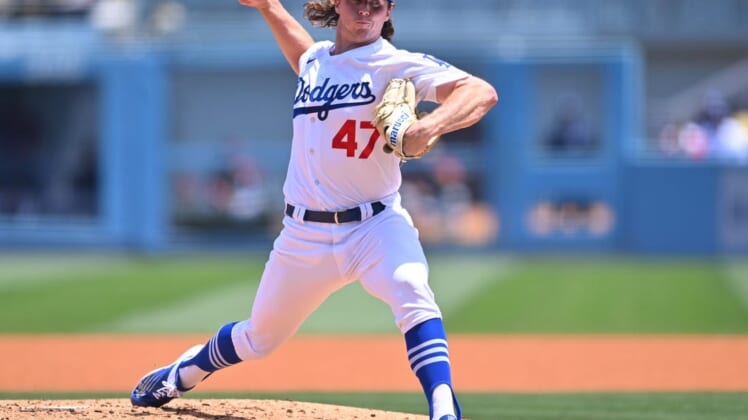 Right-handed pitcher Ryan Pepiot will start for the Los Angeles Dodgers when they host the Colorado Rockies on Tuesday night after being recalled from Triple-A Oklahoma City.

Mitch White was originally slated to be the starter, but the Dodgers announced Pepiot would be taking over this evening.

Pepiot has appeared in three games for Los Angeles this season, all of which were starts, and has a 3.18 ERA. He has given up four runs on six hits while walking 11 and striking out 13 across 11 1/3 innings.

The 24-year-old is 6-0 with a 1.94 ERA during his time in Triple-A this season. Pepiot was selected by the Dodgers in the third round of the 2019 amateur draft out of Butler University.

Reyes Moronta was optioned to Oklahoma City in a corresponding move. The right-hander has made 13 relief appearances for the Dodgers in 2022 and is 0-0 with a 3.68 ERA.