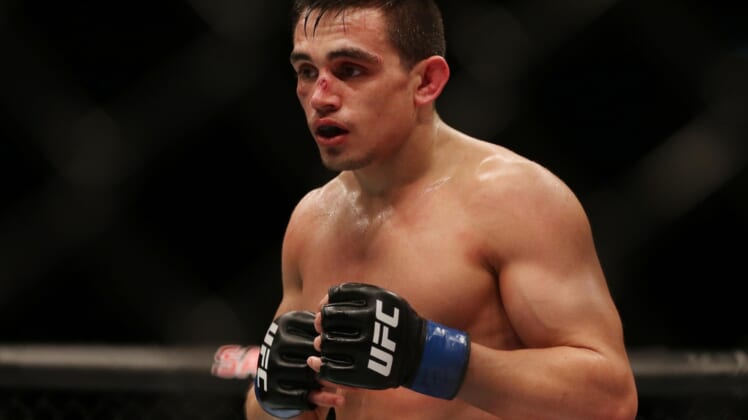 Ryan Benoit was pulled from this weekend’s UFC card after failing to make weight Friday morning.

Benoit battled dehydration during his first weigh-in attempt, having to be helped onto the scale by his coach Jamie Crowder.

The fighter nearly stumbled off the scale before being held up, and after a few minutes he was able to stand on the scale long enough to weigh in at 129 pounds, missing the 126-pound limit by three pounds.

According to his manager, Oren Hodak of KO Reps, Benoit had to be transported to a hospital following his second weigh-in attempt.

He was scheduled to fight Zarrukh Adashev at UFC Fight Night on Saturday.

Benoit (10-7) had lost his last two fights prior to Friday morning’s weigh-in debacle. It was the second time the 31-year-old missed weight, the last time coming before a schedule 2017 fight against Ashkan Mokhtarian. 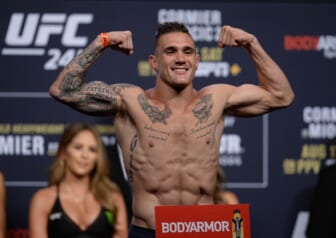