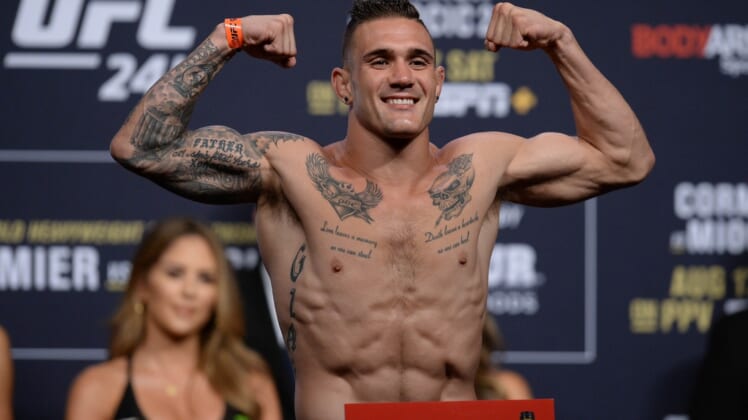 More than six years since his last UFC stint, Sean Soriano will return to the octagon next week at UFC 262.

Alvarez was forced to withdraw due to visa issues, according to multiple reports.

The 31-year-old Soriano, who hails from Providence, R.I., competed in UFC from 2014-15 and fell to such notables as Japan’s Tatsuya Kawajiri and Americans Chas Skelly and Charles Rosa in featherweight contests.

He has since competed in several other American promotions, notching a 5-1 record with four finishes fighting for CFFC, CES MMA and UAE Warriors. At UAE Warriors 18 in March, Soriano improved his win streak to three by defeating Israel’s Noad “Neo” Lahat in just over two minutes.

Most recently, Giagos, 31, recorded a win in December against Carlton Minus in a 160-pound catchweight matchup. “The Spartan” is currently 3-1 in his last four octagon appearances, beating Denmark’s Damir Hadzovic and Japan’s Mizuto Hirota and falling to Drakkar Klose.

UFC 262 is headlined by a lightweight championship fight between Charles Oliveira and Michael Chandler with the vacant belt on the line.