Every once in a while, there is a professional athlete in one of the four major sports that decides to take a stand against the status quo. We saw it in baseball with Curt Flood, and more recently, with Freeman McNeil in football.

While Seattle Seahawks quarterback Russell Wilson will fall short of impacting the NFL with such a drastic change, he is definitely looking to change the way contracts are negotiated after players initially enter the league under rookie deals.

We have heard the reports and rumors surrounding Wilson fly around for months now. “He wants to be the highest-paid player in the NFL,” some have said. More than that, the Super Bowl-winning quarterback is potentially looking to enact some sort of change.

NFL Media’s Ian Rapoport reported in a recent appearance on Pro Football Talk Live with Mike Florio that Wilson wants to be paid like a free agent right now.

Wilson isn’t set to become a free agent until following the 2015 season. Even then, Seattle possesses the ability to place the franchise tag on him. That would set the former third-round pick up with a one-year contract worth an average of the top-five highest-paid quarterbacks in the NFL. What makes the situation so convoluted is that the team can utilize this tag following the 2016 season as well. This means Seattle can prevent Wilson from becoming a free agent until after he’s played six seasons in the NFL.

Not really in the best position to negotiate a long-term deal, mainly because the current collective bargaining agreement is stacked against the players, Wilson is definitely looking to play some hardball. By firing NFL super-agent Bus Cook and replacing him with a previously baseball-only agent in Mark Rodgers, Wilson has played his cards. He believes his new contract should start a trend away from what we have seen around the NFL in recent years.

The issue with this is that there is no real set market for a free agent quarterback of Wilson’s caliber in today’s NFL. All young signal callers that have found themselves mired in a contract dispute with their team have found a way to negotiate a new deal before hitting free agency. Heck, most veteran signal callers have yet to even see the open market.

The likes of Ben Roethlisberger, Eli Manning, Joe Flacco, Aaron Rodgers, Tony Romo, Philip Rivers, Tom Brady, Jay Cutler and Alex Smith have a combined 95 years of NFL experience without a single one having ever hit the unrestricted free-agent market. 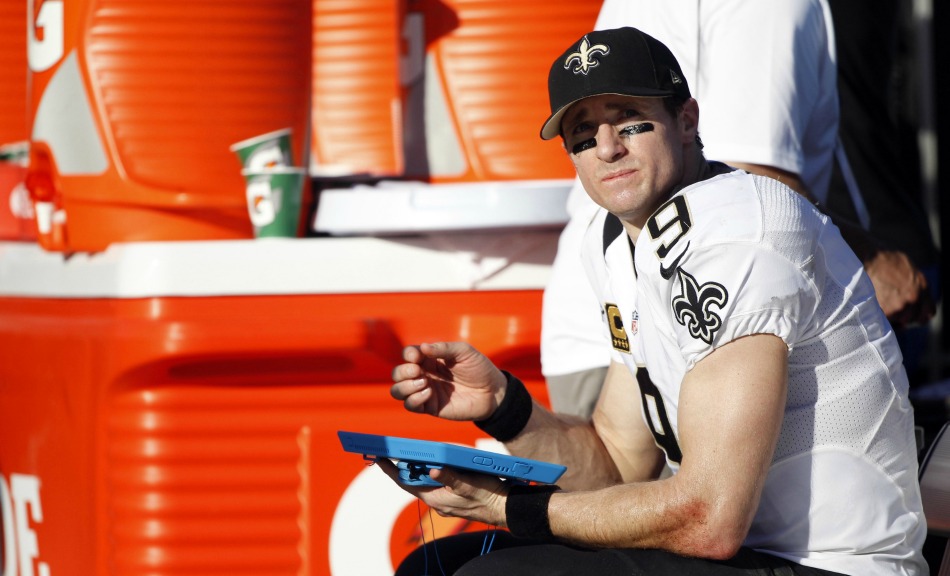 Courtesy of USA Today Sports: Some will point to Drew Brees free agency situation, but that was a whole lifetime ago.

Outside of Peyton Manning’s unique situation back in 2012, the last franchise-type quarterback to hit the open market was Drew Brees when he signed with the New Orleans Saints back in 2006. Even then, that situation was a bit unique considering San Diego had just drafted Rivers and there were concerns over Brees’ shoulder.

The moral of the story here is that Wilson is attempting to set a market that has never been established. He’s doing so by going into the negotiating room acting like he wields the power of an unrestricted free agent—something that everyone knows will fall on deaf ears in Seattle.

If Wilson is successful here, he’s going to be a game-changer when it comes to quarterback negotiating long-term deals while under their rookie contracts. If not, the deck will continue to be stacked against the players in a league that seems to be falling behind others when it comes to player compensation.

One thing is clear here. If Wilson continues to utilize this philosophy in negotiations, it’s more likely than not that he will end up playing under the franchise tag until Seattle is forced to deal with the reality of potentially losing him years down the road.

That could be a risk worth taking.