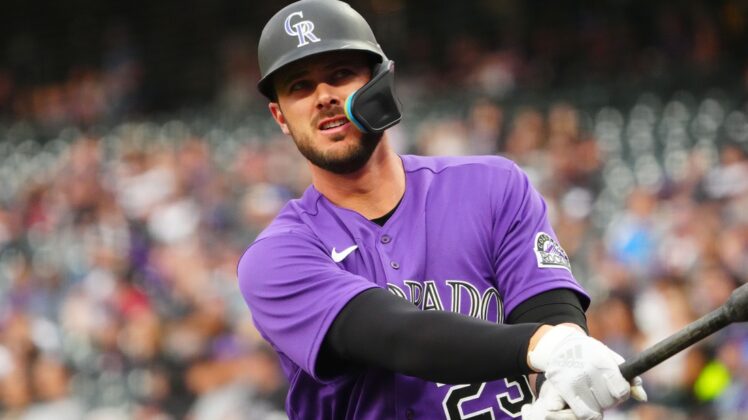 The Colorado Rockies placed left fielder Kris Bryant on the 10-day injured list Friday because of back soreness.

Bryant, 30, has not played since Monday, and the roster move is retroactive to Tuesday. An MRI on Bryant’s back revealed no long-term injury issues, according to a report from the Denver Post.

The Rockies signed Bryant to a seven-year, $182 million contract during the offseason.

To replace Bryant’s spot on the roster, the Rockies promoted infielder Elehuris Montero from Triple-A Albuquerque. The 23-year-old has yet to play in the majors.