With New England Patriots quarterback Tom Brady throwing for 36 touchdowns last season, there were certainly plenty of opportunities for both Julian Edelman and Rob Gronkowski to score.

Although, that doesn’t appear to have Gronk completely convinced that Brady doesn’t play favorites among his pass catchers.

Gronk jokingly accused Edelman of sleeping with the boss in this Instagram post earlier in the week. 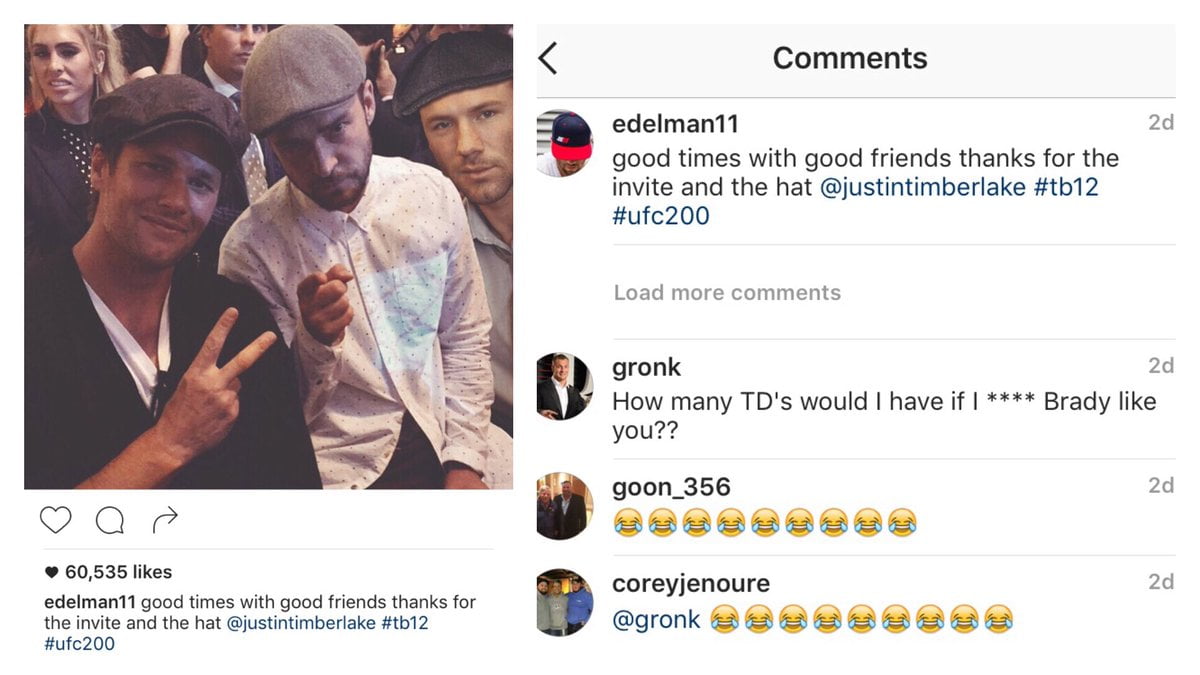 Wouldn’t we love to hear how Brady might respond to Gronk’s sexual reference?

Edelman is also catching some heat from many who are accusing him of photo-shopping himself, hat and all, into this picture with Brady and Justin Timberlake.

While Brady remains sidelined for the first four games of the 2016 season, both Gronk and Edelman will be vying for the attention of quarterback Jimmy Garoppolo to keep those touchdowns going.

Hopefully this will happen without any hanky-panky.