Richmond rolls in as Virginia kicks off Tony Elliott era 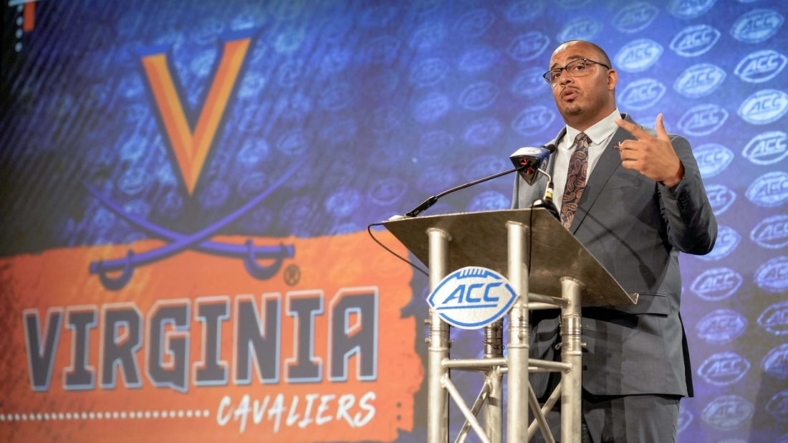 The Tony Elliott era begins at Virginia on Saturday afternoon as the Cavaliers open the season against the visiting Richmond Spiders in a non-conference game in Charlottesville, Va.

The former Clemson offensive coordinator and associate head coach was hired in December to replace Bronco Mendenhall, who retired unexpectedly after six seasons at Virginia.

Armstrong ranked second in the nation last season in passing yards per game (404.5), completing 65.2 percent of his throws for 4,449 yards with 31 touchdowns and 10 interceptions. He also rushed for nine scores.

But Virginia also finished last in the Atlantic Coast Conference in rushing, averaging 123.6 yards per game. Elliott is determined to bring more balance to the program this season, especially near the goal line.

“I think anybody who’s close to the game knows how demoralizing being able to run the ball at will is,” he said, “and then when you run the ball in from that close, it’s a mindset. … If you can run the ball in, it sends a message.”

Virginia and Richmond are meeting for the first time since the 2018 season opener, a 42-13 win by the Cavaliers.

The Spiders, a member of the Colonial Athletic Association, enter their sixth season with coach Russ Huesman and are coming off a 6-5 campaign in 2021. They were tied for No. 24 in the preseason AFCA Coaches’ FCS Top 25 poll released on Aug. 15.

Richmond ranked among the stingiest defensive teams in the CAA last fall, led by preseason All-America linebacker Tristan Wheeler with a conference-leading 114 tackles and Freshman All-America defensive back Aamir Hall with 13 pass breakups.

Graduate transfer QB Reece Udinski has 39 games of experience at Maryland and VMI, including 27 starts at VMI.

“I think our offense is looking good,” Huesman told the Richmond Times-Dispatch. “… I think we’ll have the ability to move the ball and score points.”