Rich Hill dominates as Red Sox get jump on Rays 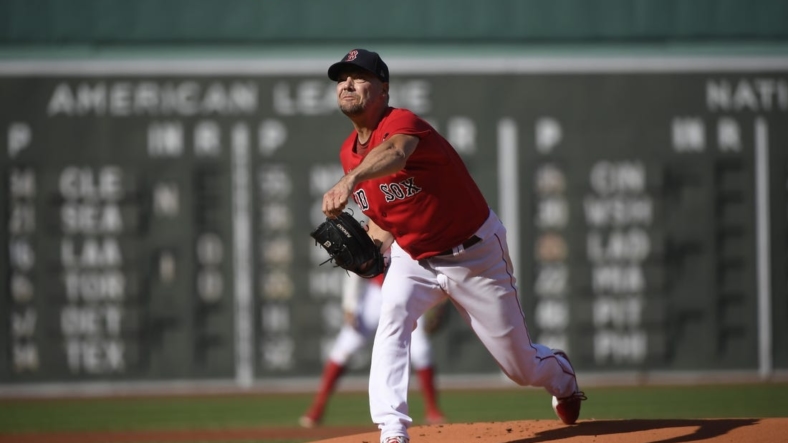 Rich Hill struck out 11 batters over seven shutout innings and the Boston Red Sox offense scored four times in the first inning of a 5-1 victory Saturday over the visiting Tampa Bay Rays.

Hill (5-4) became the first Red Sox pitcher to strike out as many as 11 batters in a game at the age of 40 or older. The 42-year-old southpaw allowed just three hits and one walk as he completed seven innings for the first time this season.

Tommy Pham and Alex Verdugo each had two hits and scored a run as Boston won its second straight to begin the three-game series.

Enrique Hernandez hit a home run for the Red Sox, while J.D. Martinez and Bobby Dalbec both drove in a pair of runs.

Tampa Bay’s Jeffrey Springs (6-4) allowed five runs on eight hits in six innings, but the Red Sox scored just once against him after the first. He had one walk and eight strikeouts.

Randy Arozarena went 2-for-4 with the Rays’ lone RBI in the eighth.

The Red Sox came out swinging in the first, batting around and scoring four runs on five hits against Springs.

Pham hit a leadoff single to left and Verdugo doubled to center to begin the game for Boston. Martinez knocked a long single off the Green Monster to give the Red Sox a 2-0 lead three batters into the game.

Springs bounced back to retire the next two, but Trevor Story singled in his first at-bat since July 12 (right hand contusion) to extend the threat. After Hernandez walked, Dalbec laced a two-run single up the middle to put Boston up 4-0.

By the sixth inning, Hill had tied his previous season-high in strikeouts at six.

After retiring the first six batters he faced, Hill worked around Yu Chang’s leadoff infield hit to fan the next three Rays swinging in the third.

Hernandez led off the fourth with a solo shot to left to make it 5-0 Boston. It was his second homer in his last seven games and sixth of the season.

The Rays tagged Jeurys Familia for three straight two-out hits in the eighth. Arozarena’s ground-ball single to right scored Yandy Diaz, but Harold Ramirez grounded out against John Schreiber to end the threat.

Schreiber recorded a four-out save, his fifth.