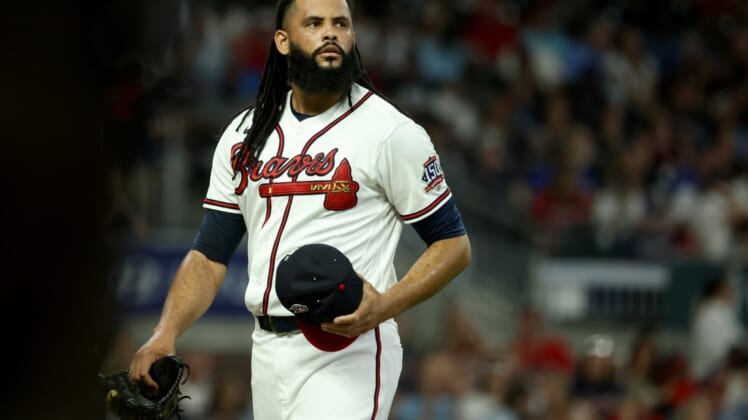 The 80-game bans are indicative of a first offense, per the league’s joint drug prevention and treatment program.

Rodriguez, 32, is a right-handed relief pitcher who split the 2021 season with the Pittsburgh Pirates and Atlanta Braves. He went 5-4 with a 2.94 ERA and 14 saves in 64 combined appearances. In five seasons with the Baltimore Orioles, Pittsburgh and Atlanta, Rodriguez has a 3.28 ERA and 16-14 record.

Rondon, 28, appeared in 63 games for the St. Louis Cardinals in 2021 after previous stops with the San Diego Padres, Chicago White Sox and Orioles. A utility player, he contributed three home runs and nine RBIs in 90 plate appearances and posted a .263 batting average, better than his career .216 mark.

Santana, 31, saw action in 38 games last year for the Boston Red Sox, playing first base and the outfield. He hit five home runs and 14 RBIs while striking out 30 times and averaging .181 in the plate. In eight seasons with the Minnesota Twins, Braves, Texas Rangers and Red Sox, Santana has a lifetime .255 batting average, 47 homers and 202 RBIs.