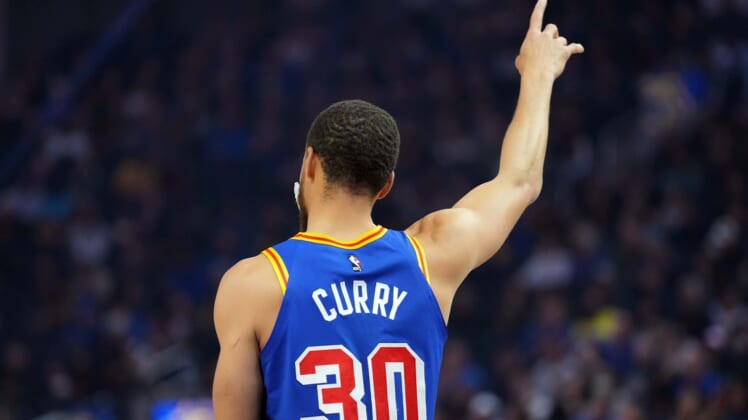 The Golden State Warriors said Tuesday that injured superstar Stephen Curry could rejoin team practices this week, but a timetable for his return to game action remains undetermined.

The 34-year-old guard missed the last 12 regular season games after suffering a sprained ligament and bone bruise in his left foot on March 16 against the Boston Celtics.

Golden State earned the No. 3 seed in the Western Conference playoffs. Game 1 of their first-round series against the No. 6 seed Denver Nuggets is in San Francisco on Saturday night.

His status for Saturday “will be based on his continued progress,” according to the Warriors’ statements posted on Twitter.