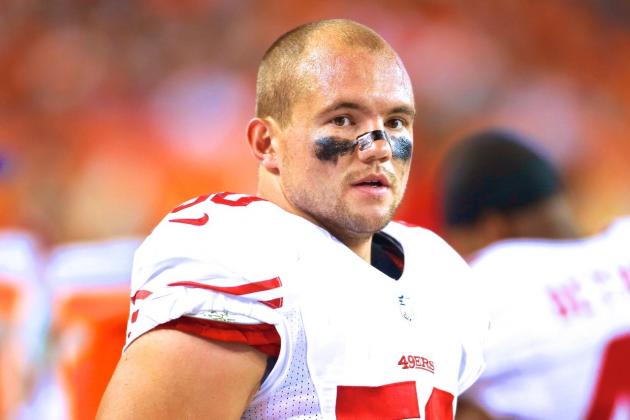 Retired NFL player Chris Borland stunned everyone when he abruptly announced his retirement after just one season of playing professional football with the San Francisco 49ers.

He stunned everybody again when he opened up about some alleged NFL practices that were alarming to him. Recently, Borland was profiled in ESPN the Magazine’s August 31 NFL Preview Issue, and he opened up a big can of worms.

While the interview is quite lengthy, one story that Borland had to share about the annual rookie orientation he attended which prepares the players on what to expect was quite interesting.

“Get yourself a fall guy,” Borland says one of the former players advised (via ESPN). The former player, whom Borland declined to name, told the rookies that if they ran into legal trouble, their designated fall guy would be there to take the blame and, if necessary, go to jail. “We’ll bail him out.”

Borland said that he was appalled but didn’t want to create a scene, and that the speech stuck with him.

“I was just sitting there thinking, ‘Should I walk out? What am I supposed to do?”

Something to note is that as of August 16, a reported 23 players in the NFL were arrested (h/t Business Insider) since the Super Bowl. If Borland’s claim carries any truth, we must come to the conclusion that there could have been more players that may have been arrested if they didn’t have the “fall guys” to cover for them.

Business Insider has reportedly contacted the NFL and the NFLPA to get a comment on Borland’s story, but have yet to hear anything back.

As for Borland, he cited that maintaining long-term physical and mental health was the reason for his retirement.