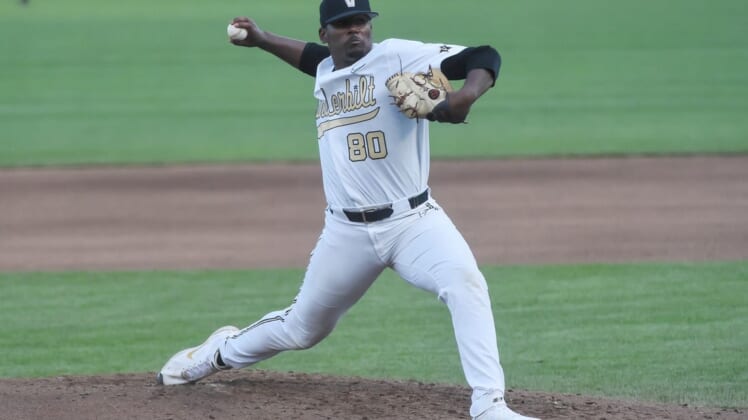 Per the New York Post, Rocker — who was unsigned by the New York Mets after being picked 10th overall in the 2021 draft — will earn “nearly a half million dollars more than last year’s Mets slot at No. 10.”

The Rangers’ selection of Rocker at No. 3 overall Sunday stunned draft experts, as many of whom had predicted him to be chosen in the middle of the first round.

Rocker, 22, was named an All-American in 2021 after going 14-4 with a 2.73 ERA and 179 strikeouts in 122 innings and previously helping Vanderbilt win the 2019 College World Series — where he was named the Most Outstanding Player.

The Mets failed to sign Rocker last year after reported concerns about the health of his arm raised by a team physical, ESPN reported at the time.

In May Rocker signed with the Tri-City ValleyCats of the independent Frontier League, where he posted a 1.35 ERA over 20 innings while auditioning before the draft.

Because they didn’t sign Rocker, the Mets receive the 11th pick as compensation, where they chose Georgia Tech catcher Kevin Parada.