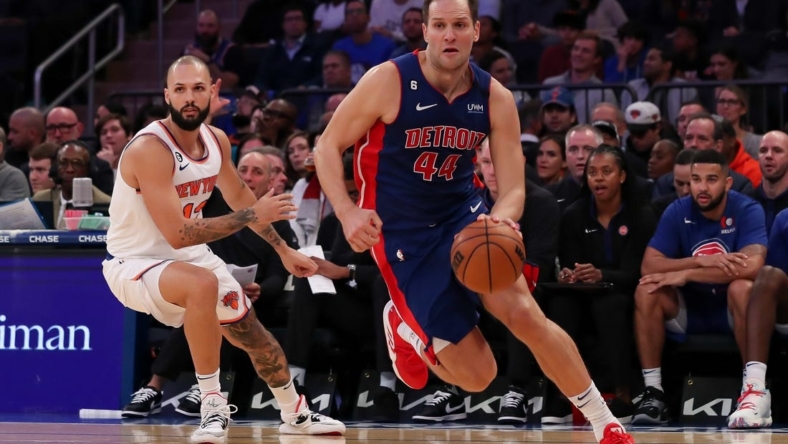 The Detroit Pistons and forward Bojan Bogdanovic agreed to a two-year contract extension, ESPN and The Athletic reported Sunday.

ESPN reported that the deal was worth $39.1 million.

The Utah Jazz traded the 33-year-old veteran from Bosnia and Herzegovina to the Pistons in September for Kelly Olynyk, Saben Lee and cash considerations.

Bogdanovic, playing on the final year of his current contract, has responded by averaging a team-best 23.0 points per game through six games. He’s also adding 3.5 rebounds and 2.0 assists per contest while shooting 51.1 percent from 3-point range.