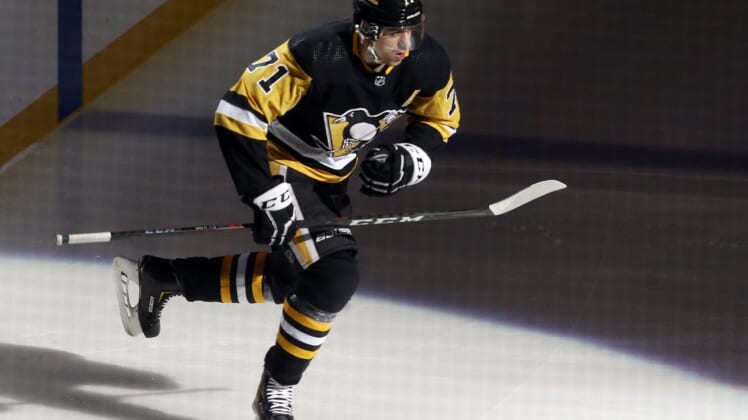 Evgeni Malkin will not re-sign with the Pittsburgh Penguins before free agency begins Wednesday, instead opting to test free agency for the first time in his career, TSN and The Athletic reported Monday.

Malkin, 35, has spent his entire 16-year NHL career in Pittsburgh along with fellow star Sidney Crosby.

The Athletic previously reported that Malkin was unsure that the Penguins still wanted to bring him back due to the slow development of his contract negotiations.

The No. 2 overall pick in the 2004 NHL Draft, Malkin has won three Stanley Cups with the Penguins and is a seven-time All-Star. He won the Hart Memorial Trophy as the league’s most valuable player in 2011-12, as well as the 2009 Conn Smythe Trophy (Stanley Cup playoffs MVP).

Malkin missed much of the past two seasons due to a right knee injury that required offseason surgery. In 41 games in 2021-22, he averaged just more than a point per game (20 goals, 22 assists).