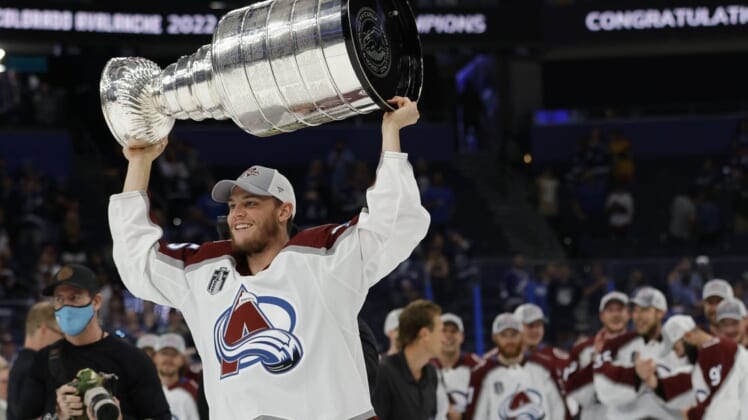 The Seattle Kraken signed forward Andre Burakovsky to a five-year, $27.5 million deal on Wednesday, according to multiple reports.

The two-time Stanley Cup champions set career highs of 22 goals, 39 assists and 61 points in 80 games last season for the champion Colorado Avalanche. He had three goals and five assists in 12 playoff games.

Burakovsky also won a Stanley Cup with the Capitals in the 2017-18 season.

The 32-year-old Schultz spent the past two seasons with the Washington Capitals. He had four goals and 19 assists in 74 games last season.

Schultz was part of two Stanley Cup winning teams with the Pittsburgh Penguins earlier in his career. He has 57 goals and 207 assists in 602 games over 10 seasons with the Edmonton Oilers (2012-16), Penguins (2016-20) and Capitals.

The Kraken also signed first-round draft pick Shane Wright to a three-year, entry-level contract. Wright, a center was the No. 4 overall pick in the recent NHL draft.

“I couldn’t be happier to be in Seattle and be a part of the Kraken organization,” Wright said. “Getting to see the city for the first time this week, I can’t wait to get back here and get to work. It was truly an honor to be drafted by the Kraken. This is just the beginning and I’m really excited about what lies ahead.”