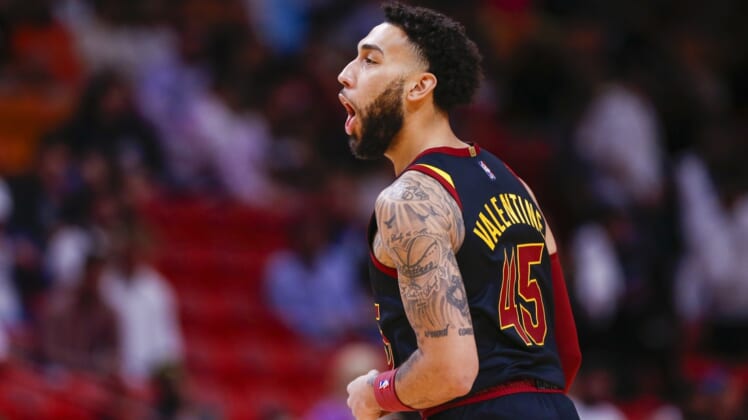 The acquisition is part of a deal that includes the Lakers sending guard Rajon Rondo to the Cavaliers, who lost veteran playmaker Ricky Rubio to a torn ACL last week.

Per ESPN, New York also will receive $1.1 million in exchange for relinquishing the draft rights to multiple players, including 2014 second-round pick Louis Labeyrie, to Los Angeles. None of the players are expected to play in the NBA, per the network.

Rondo, 35, has been in the NBA’s health and safety protocol since Dec. 26 and has not played since Dec. 23.

The four-time All-Star is averaging 3.1 points, 2.7 rebounds and 3.7 assists in 18 games off the bench this season, his 16th NBA campaign.

Valentine, 28, has averaged 2.9 points, 1.7 rebounds and 9.3 minutes in 22 appearances off the Cavaliers’ bench this season.