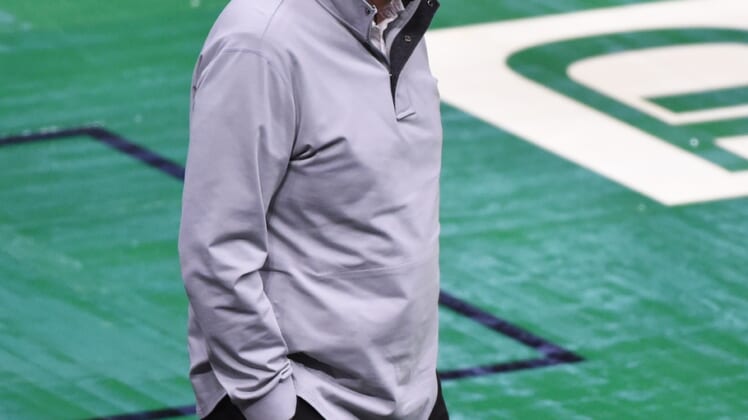 The Utah Jazz are set to hire Danny Ainge as alternate governor and CEO, ESPN and The Athletic reported Wednesday.

Justin Zanik will remain the team’s general manager, per the reports.

Ainge, 62, left the Boston Celtics after 18 seasons, announcing his retirement in June.

During Ainge’s tenure, the Celtics made 15 playoff appearances, seven Eastern Conference finals and two NBA Finals and won the championship in 2008, the franchise’s 17th and first in 22 years. As a player with the Celtics, Ainge won NBA titles in 1984 and 1986.

Ainge was linked to the Jazz shortly after announcing his retirement.

Ainge remains a big name in the state of Utah as one of the top players in BYU history. He scored 2,467 career points for the Cougars and won the John R. Wooden Award as the nation’s top player during his senior season of 1980-81.

The Jazz entered Wednesday at 19-7 and sitting atop the Northwest Division. They were the No. 1 seed in the Western Conference last season but lost to the Los Angeles Clippers in the conference semifinals.