Cameron Smith among next wave of LIV defectors 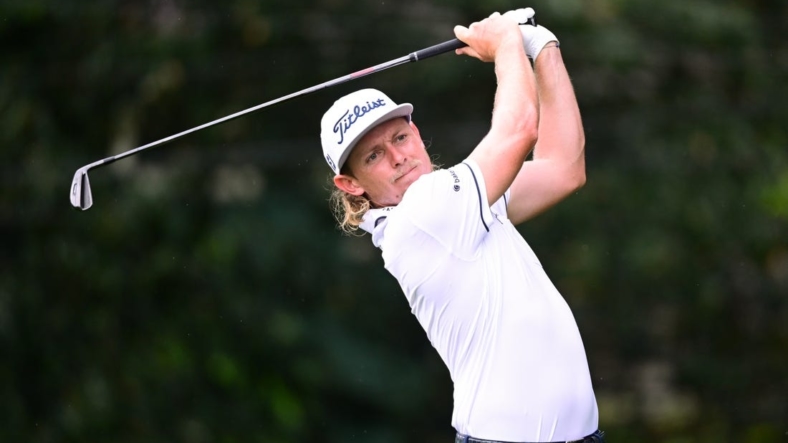 Australian Cameron Smith and Harold Varner III are among the next wave of golfers planning to defect to the upstart LIV Golf Series, multiple outlets reported Saturday.

LIV grabs its highest-ranked player to date in Smith, who is ranked second in the world and won The Open Championship last month. Smith has been the subject of rumors about jumping to the upstart tour for weeks. He also won The Players Championship in March.

Smith and Niemann both earned automatic berths into the Presidents’ Cup next month in North Carolina. Niemann is the No. 18 player in the world.

Varner is ranked 44th but has yet to win a tournament on the PGA Tour. Lahiri is a seven-time winner on the Asian Tour and has won twice on the DP World Tour.

The next LIV Golf event — the fourth of eight on its schedule in 2022 — is The International in Boston from Sept. 2-4.

Earlier Saturday, Golf Channel reported that LIV Golf added itself to the lawsuit that players have lodged against the PGA Tour over their suspensions from the tour for playing in the LIV events.