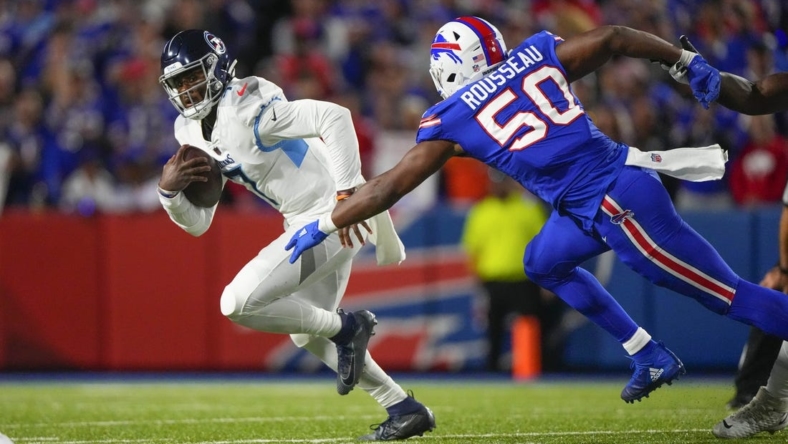 The second-year player has five sacks and nine quarterback hits in eight starts this season.

Rousseau, 22, played just 14 snaps in Sunday’s loss before leaving with the injury. He has 21 tackles on the season, including seven for loss.

The Bills selected Rousseau in the first round of the 2021 draft, No. 30 overall. He had four sacks in 17 starts last season as a rookie.