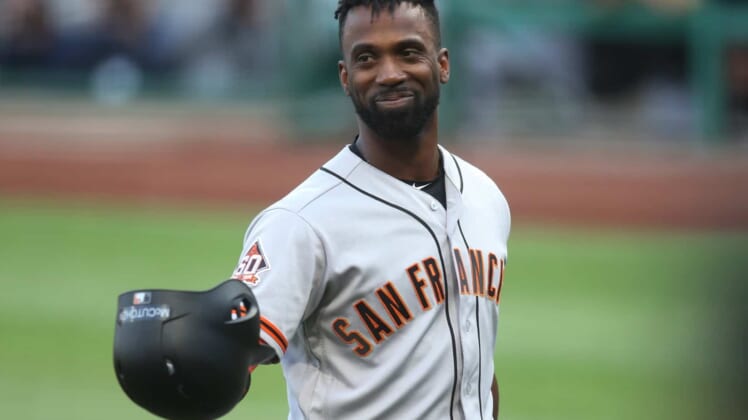 In an attempt to bolster their outfield for the stretch drive, the New York Yankees have reportedly acquired Andrew McCutchen in a trade with the San Francisco Giants.

Per source, Andrew McCutchen has been traded to the Yankees.

The trade was certainly not surprising.

With Aaron Judge out, a veteran outfielder will serve as a nice insurance policy for the Yankees.

McCutchen was certainly a sensible target, as well.

Shortly after McCutchen was placed on revocable waivers, reports emerged that the Giants were hoping to move him before the August 31 deadline. Given that San Francisco is essentially out of contention and that McCutchen is a free agent at season’s end, this deal only makes sense.

McCutchen was acquired by the Giants in the offseason from the Pittsburgh Pirates. He’s hit .255/.357/.415 with 15 home runs on the season.