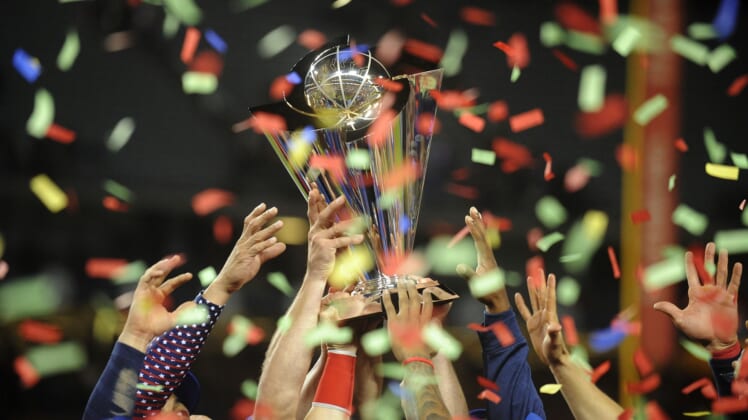 The COVID-19 pandemic has brought the sports world to a halt, even wiping out March Madness. Now, with the health crisis still ongoing, baseball will lose one of its greatest traditions next year.

According to ESPN Deportes’ Enrique Rojas, the World Baseball Classic will not be held in 2021 due to the COVID-19 pandemic.

The WBC was last held in 2017 when the United States won its first title after defeating Puerto Rico at Dodger Stadium. The upcoming WBC was seen as an opportunity for some of MLB’s rising stars, including Christian Yelich, Juan Soto, Walker Buehler and Fernando Tatīs Jr. to put their incredible talent on display.

The 20-team tournament was scheduled to be held from March 9-23 next year. However, the COVID-19 pandemic has significantly altered the timeline for the upcoming season and it will now wipe out next year’s WBC.

While the MLB season remains suspended, owners are voting on a proposal to start the season in July. If owners and players approve the plan, we could just be a few months away from baseball returning.