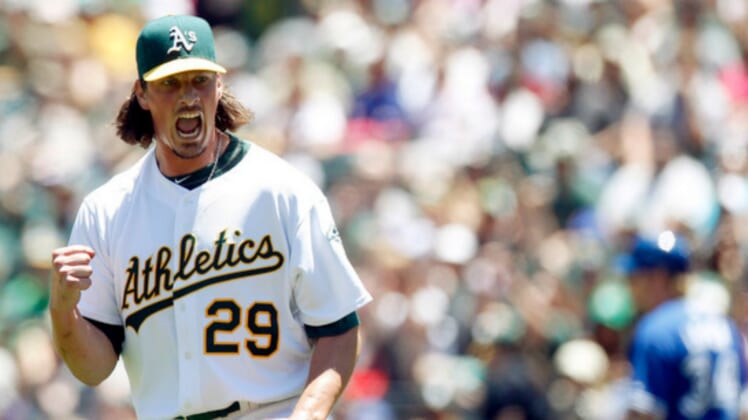 Is surely does appear that Billy Beane and the Oakland Athletics are blowing it up. Just hours after the team traded All-Star Brandon Moss to the Cleveland Indians, multiple reports now indicate that the A’s are close to sending starting pitcher Jeff Samardzija to the Chicago White Sox.

Sources: #WhiteSox close to acquiring Samardzija from #Athletics. @JonHeymanCBS and @JeffPassan were on it.

This isn’t necessarily a surprise, as Samardzija has been on the trade block throughout the offseason.

Among the players reportedly heading to Oakland in this deal would be shortstop prospect  Marcus Semien. This is a position of utmost need for an A’s team that will lose Jed Lowrie in free agency at some point soon. There would be other pieces headed to Oakland in the deal. Semien, a San Francisco native, hit .234 with six homers with the White Sox last season. He was ranked among the club’s top prospects heading into the season.

As it relates to the White Sox, they would get yet another top-tier starting pitcher to team up with Chris Sale. Samardzija finished last season with a 7-13 record and a 2.99 ERA. Lacking run support with the Chicago Cubs and then after his trade to the A’s, Samardzija also struck out 202 batters in a career-high 219.2 innings.

We will keep you updated as more information becomes available.