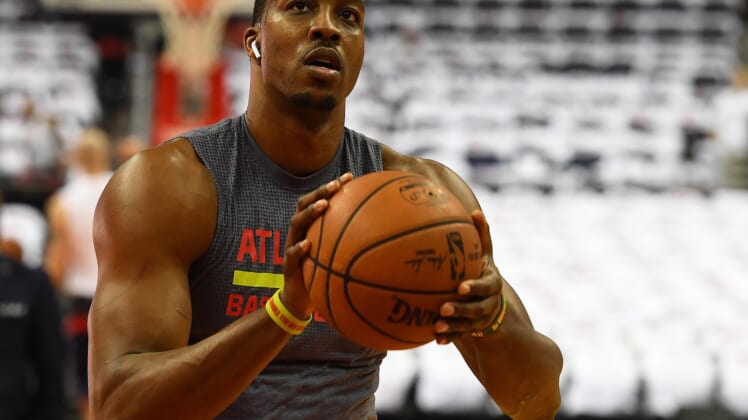 The Golden State Warriors are obviously stacked from top to bottom, but that doesn’t mean they aren’t looking into ways to upgrade heading into the 2018-19 season. With that in mind, it’s not surprising to hear that Golden State could reportedly host free agent center Dwight Howard for a visit.

Sam Amick of USA Today made an appearance on The HoopsHype Podcast with Alex Kennedy when he dropped this knowledge.

While Amick notes Howard could visit the Warriors, he also notes he doesn’t believe a deal will get done. Furthermore, he said the Washington Wizards are contenders to land Howard this summer, along with the New Orleans Pelicans. The latter is a notion that’s been floated by others as well, as Howard could be a cheaper option than DeMarcus Cousins.

Back to Golden State, it’s worth noting that the Warriors could only offer Howard the mid-level exception, which is $5.4 million. It’s also worth noting that Tyreke Evans is on the team’s radar, and that of the two players it seems like Evans would be first in line for that.

During this time of year, however, it’s important for teams to cover all their bases. That seems to be the gist behind any Warriors/Howard meeting right now. But things could certainly change on that front.