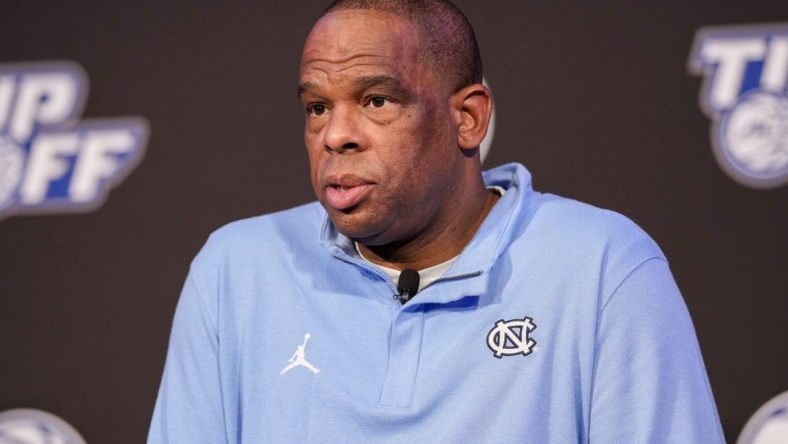 North Carolina coach Hubert Davis has signed a new six-year deal that will keep him on the Tar Heels’ bench through the 2027-28 season, The Athletic reported Wednesday.

The deal is worth $16.7 million, including $2.4 million this season, per the report. The new contract replaces the roughly $10 million deal Davis signed last spring ahead of his first season replacing Roy Williams, who retired, per the report.

He’s eligible for another $1.1 million in annual bonuses, per the report.

Davis led the Tar Heels to the NCAA Tournament championship game, where they lost to Kansas. He defeated Duke twice along the way, including Coach Mike Krzyzewski’s final home game in Durham and again in the Final Four.

The Tar Heels are preseason No. 1 heading into this season.