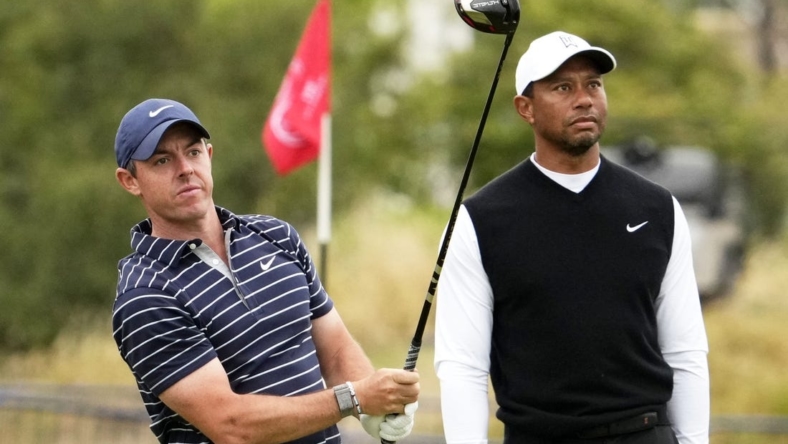 Tiger Woods will team with world No. 1 Rory McIlroy to challenge Justin Thomas and Jordan Spieth in the latest edition of “The Match” on Dec. 10.

The news was first reported by The Fried Egg and confirmed by other outlets on Thursday.

The made-for-television series will be contested at Pelican Golf Club in Belleair, Fla. It will mark the seventh edition of “The Match” and the second this year, with Tom Brady and Aaron Rodgers teaming up to defeat fellow NFL quarterbacks Josh Allen and Patrick Mahomes in Las Vegas.

Woods, 46, will be appearing in “The Match” for the third time. The 15-time major champion battled Phil Mickelson in the inaugural playing of the event in 2018 before teaming with former NFL quarterback Peyton Manning to defeat Mickelson and Brady in 2020.

McIlroy, Thomas and Spieth will be making their debuts in the event.

Per Golf Digest, December’s 12-hole event is expected to start at 7 p.m. under the lights.

Woods will be making his first appearance on the golf course since the second round of the 150th Open Championship at St. Andrews on July 15.