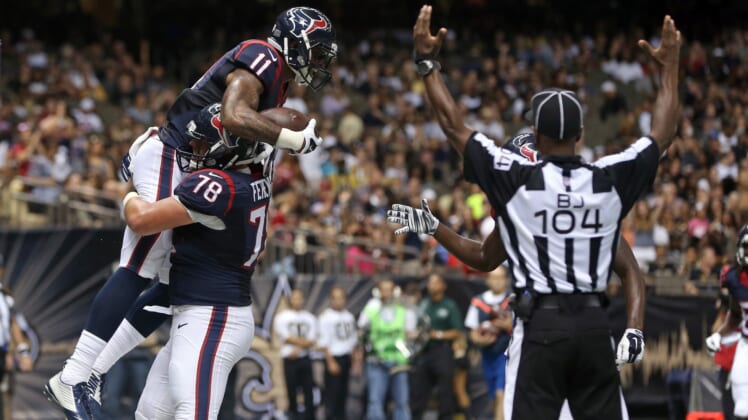 This comes after Strong played a small part in the team’s Week 2 win over the Cincinnati Bengals. It also comes after he was suspended for the first game of the season due to a violation of the NFL’s substance abuse policy.

Strong, 23, recorded just 28 receptions for 292 yards in two-plus seasons with the team after being selected No. 70 overall out of Arizona State back in 2015.

Despite the receiver’s struggles on and off the field, he has the talent to catch on in the NFL. It’s all about him getting his head straight. It’s in this that another team will surely give him an opportunity here soon.

With Strong now gone, look for the Texans to turn to former Ohio State quarterback Braxton Miller to play a larger role at wide receiver.