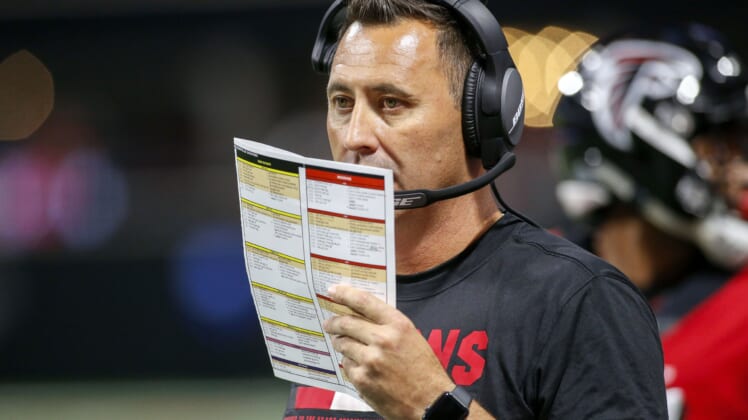 Atlanta Falcons fans likely won’t be excited to hear this based on their reactions in the playoffs, but offensive coordinator Steve Sarkisian is expected to be back in 2018. Per Ian Rapoport of NFL Media, the coach has the “full confidence” of head coach Dan Quinn and his staff.

Clearing up one lingering question post-2017 (if it's even a question): #Falcons OC Steve Sarkisian is expected to return for 2018 with full confidence of coach Dan Quinn and his staff.

The Falcons were a shell of their 2016 selves offensively this past year. Sarkisian replaced Kyle Shanahan as offensive coordinator when Shanahan became the head coach of the San Francisco 49ers, and Atlanta’s offense went downhill fast. A unit that led the NFL in scoring with over 33 points per game in 2016, it managed just over 22 points per game last season, ranking No. 15 in the league.

In particular, Atlanta was really bad in the red zone. The Falcons converted a touchdown just 49.18 percent of the time (well down from the 64.56 percent in 2016), which ranked 23rd in the league.

Hopefully for the Falcons and their fans this was a case of first-year jitters. Atlanta is loaded with talent offensively. It would be a shame to waste another season of Matt Ryan and Julio Jones’ prime.