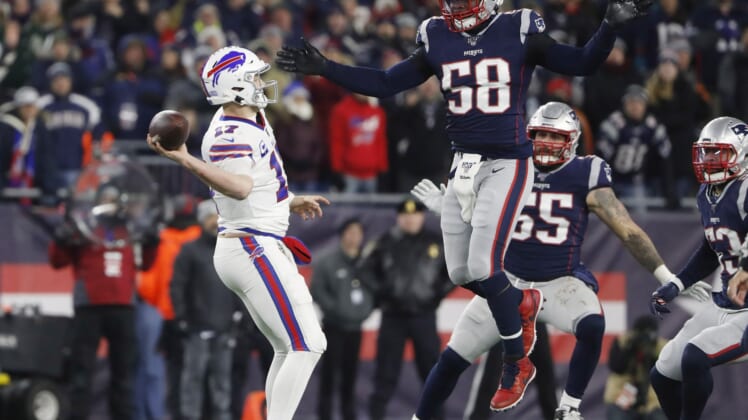 The New Orleans Saints head into the offseason knowing that Drew Brees will return for the 2020 season, now they could be prepared to turn their focus to upgrading the defense.

The Saints reportedly have interest in New England Patriots linebacker Jamie Collins and they could pursue him when free agency begins, per The Athletic’s Larry Holder.

Collins emerged as a star linebacker with the Patriots in 2015. After being named second-team All-Pro in 2015. New England traded their star linebacker to the Browns during the 2016 season. Following three disappointing seasons in Cleveland, the Browns cut Collins before the 2019 season.

The 30-year-old returned to the Patriots and thrived once again in Bill Belichick’s defense. He recorded a career-high seven sacks this past season with seven pass deflections, three forced fumbles and 10 tackles for loss.

Collins could be looking for one final big contract on the open market. While he carries risk as a player who shows flashes of All-Pro ability and at times looks like a backup linebacker, the Saints could view him as the perfect player to take a chance on.