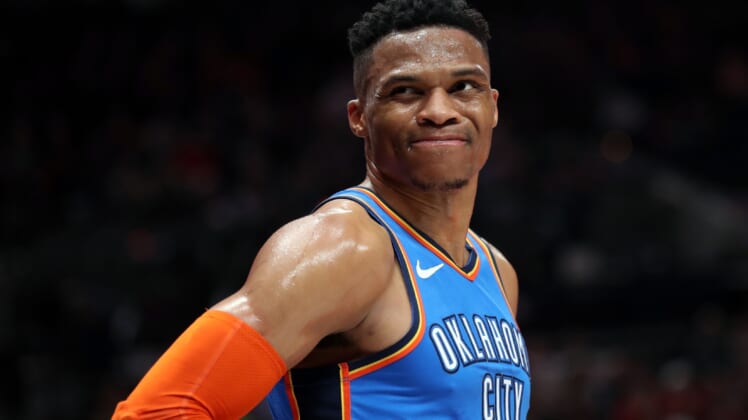 Russell Westbrook’s contract seemed to be a major albatross as his former Oklahoma City Thunder team was looking to trade him earlier this summer.

Now set to team up with James Harden in Houston, reports are surfacing that Westbrook restructured his contract to help facilitate the trade.

The New York Times’ Marc Stein went on to note that this doesn’t change the overall value of Westbrook’s contract. Rather, it helps the Rockets in that they don’t have to pay as much upfront cash.

It’s pretty much a luxury tax thing for the cash-strapped Rockets. They are already set to pay out $76-plus million to four other players, Harden’s $38.2 million salary included.

For his part, Westbrook is still going to earn north of $171 million over the next four seasons. It will just be under a different payment schedule.

It’s not yet known if this trade would have gone through if Russ didn’t agree to a restructure.