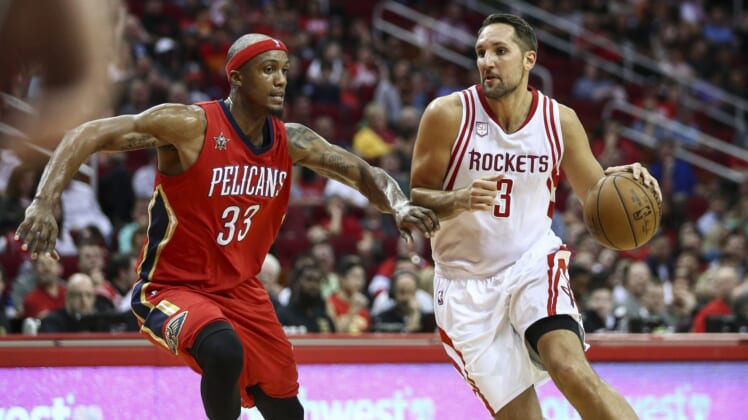 The Houston Rockets have found a home for Ryan Anderson, reportedly agreeing to a deal sending Anderson and De’Anthony Melton to the Phoenix Suns.

In exchange for taking on Anderson, who is owed over $41 million across the next two seasons, the Suns reportedly receive De’Anthony Melton. The 20-year-old guard was drafted in the second round of the 2018 NBA Draft and had reportedly been impressing the coaching staff.

In Phoenix, Melton could see more opportunities if the Suns move him to point guard. Given the vacancy now created by Knight being traded, Melton can now compete with fellow rookie Eli Okobo for minutes alongside Devin Booker.

Chriss, the No. 8 overall pick in the 2016 NBA Draft, never saw his career blossom with the Suns. He averaged 7.7 points and 5.5 rebounds in 21.2 minutes per game last season in Phoenix. He is only 21, so perhaps a change of scenery can unlock some of his potential.

Knight’s presence in the reported deal is largely to help balance out some of the money owed. The 26-year-old is due more than $30 million combined over the next two seasons. He could provide solid minutes as a backup to Chris Paul, if Knight is recovered from a torn ACL that kept him out in 2017.