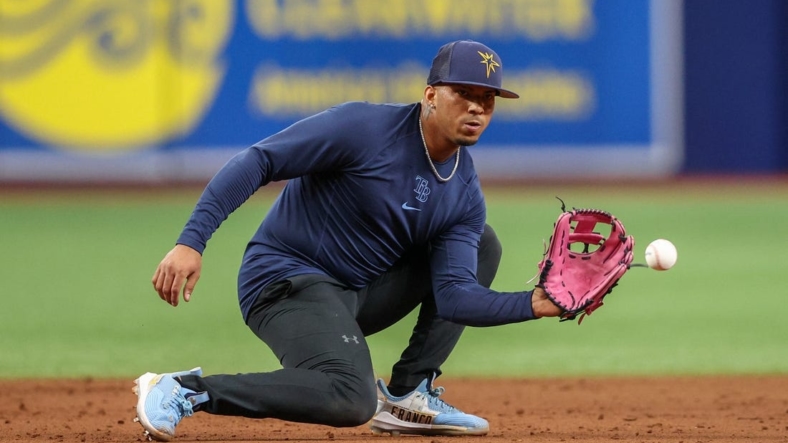 The Tampa Bay Rays plan to activate shortstop Wander Franco during this weekend’s road series with the New York Yankees, perhaps as soon as Friday.

Team president of baseball operations Erik Neander told The Tampa Bay Times that Franco will join the club in the Bronx following an encouraging rehab stint at Triple-A Durham.

Franco, 21, fractured his right hamate bone on July 9 against the Cincinnati Reds and went on the injured list the following day. He underwent surgery on the hand on July 12.

The pain resurfaced after he played in a game for Durham on Aug. 16 and he paused his rehab stint on Aug. 21 due to soreness. He rejoined the Bulls on Sunday.

Franco has played in just 58 games for the Rays this season and is batting .260 with five homers and 23 RBIs.

In the offseason, he signed an 11-year, $182 million deal with an option for the 2033 season. The contract could be worth as much as $223 million due to incentive clauses.

Franco finished third in American League Rookie of the Year balloting last season when he batted .288 with seven homers and 39 RBIs in 70 games.