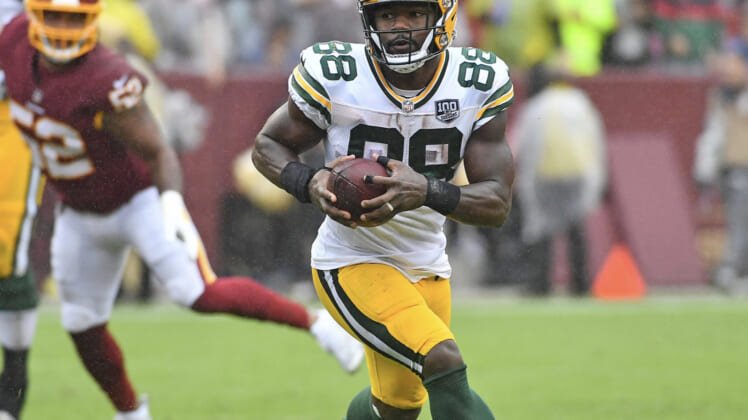 In an attempt to upgrade the offense, the Baltimore Ravens have reportedly made a trade with the Green Bay Packers for running back Ty Montgomery.

Source: The #Ravens are trading for #Packers RB Ty Montgomery. The RB help they’re looking for.

In exchange, Baltimore is sending a seventh round pick in 2020 to Green Bay.

A 7th round pick in 2020 goes to the Packers. A clear sign they moved on. https://t.co/B2AgXhOGEQ

It’s certainly not surprising to see Montgomery on the move. He was criticized by some teammates after a critical fumble in Sunday’s loss to the Los Angeles Rams. Montgomery did not take the criticism well and was not shy about voicing his displeasure.