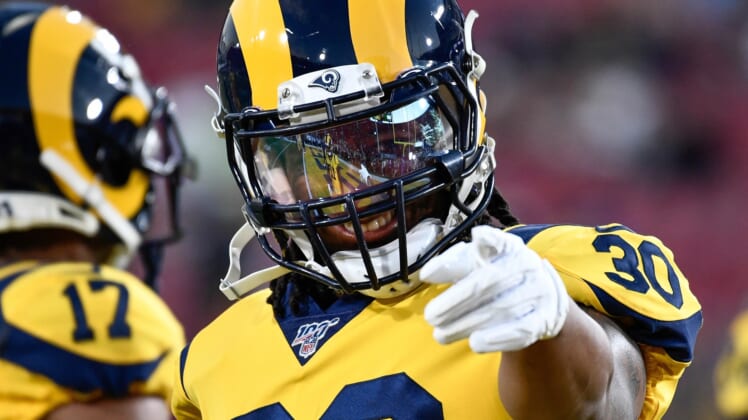 How the mighty have fallen over the past year-plus. Once considered one of the best running backs in the game, Los Angeles Rams star Todd Gurley could soon be calling another city home here soon.

Reports have surfaced over the past several weeks that Los Angeles is open to trading the two-time All-Pro performer.

Now, according to this report from Mike Florio of Pro Football Talk, something could soon happen on that end. He reports that the Rams are in ongoing talks with another team(s) about the 25-year-old back.

Gurley put up less than 900 rushing yards at a clip of 3.8 yards per attempt last season. It was the worst performance of his five-year career.

With that said, there’s a lot to like here. The former Georgia standout is averaging nearly 1,700 total yards and 18 touchdowns over the past three seasons.