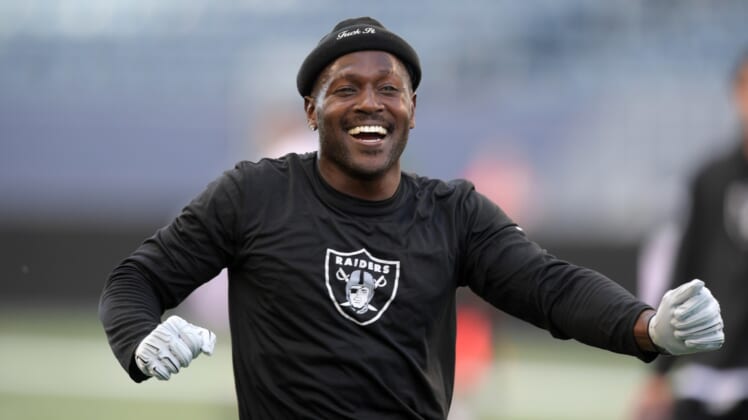 We told anyone who would listen that the Antonio Brown drama was not about to die down any time soon.

Mere days from their season opener, the Oakland Raiders are reportedly set to suspend the embattled receiver after he got into it with general manager Mike Mayock.

The report comes to us via ESPN’s Adam Schefter and is an absolute bombshell.

This all comes on the heels of a drama-filled summer in which Brown was away from Raiders training camp due to both a foot injury and an issue he has with the NFL’s helmet policy.

Oakland had previously fined Brown a hefty sum, something the receiver did not take a liking to.

Acquired from the Pittsburgh Steelers in an off-season trade and subsequently signed to a huge extension, we have no idea how long Brown will last in Oakland. This is the latest chapter in the entire mess.

It’s not yet know how long Brown will be suspended by the Raiders. We’ll have further information as its updated.